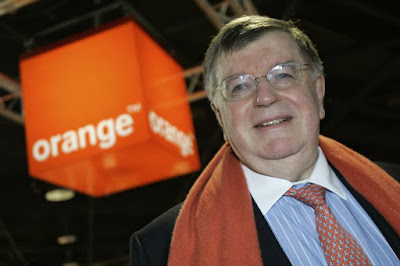 The ex-boss of France Telecom and six other former executives have gone on trial in Paris, accused of moral harassment linked to a spate of suicides among employees.
Didier Lombard and his fellow defendants deny their tough restructuring measures were to blame for the subsequent loss of life.
The company, since renamed Orange, is also on trial for the same offence.
Thirty-five staff took their lives between 2008 and 2009.
Some of them left messages blaming France Telecom and its managers.
At the time, the newly privatised company was in the throes of a major reorganisation. Mr Lombard was trying to cut 22,000 jobs and retrain at least 10,000 workers.
Some employees were transferred away from their families or left behind when offices were moved, or assigned demeaning jobs.

"I'll get them out one way or another, through the window or through the door," Mr Lombard was quoted as telling senior managers in 2007.
Mr Lombard has accepted that the restructuring upset employees, but rejected the idea that it led to people taking their own lives.
If found guilty, the defendants could each face a year in prison and €15,000 (£12,800) in fines.
Orange itself could face sanctions of €75,000.
Among the cases documented:
Share on Facebook
Share on Twitter
Share on Google+
Share on LinkedIn

0 Response to "Telecom Chief Go On Trial Over Suicides"